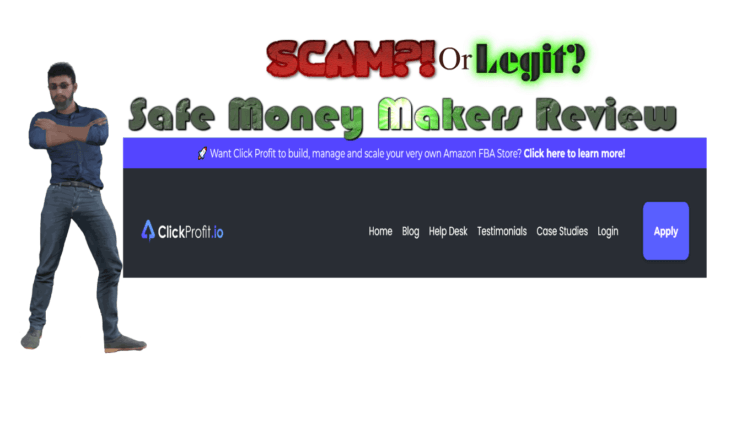 Hey everyone, David Nelly here from safemoneymakers.com, and today we are checking out FBA Launch Secrets. I guess to make this all make sense with all the different names and everything, I’ll map out the puzzle like this, FBA Launch Secrets is the product that is created and run by the guys from clickprofit.io.

Now, I want you to know that I do not believe in passive income, and as a result, I do not believe in…well…really any of these DFY Dreams that these gurus try to pass off to you. I do believe in investing, but I don’t really count these DFY Agencies as an investment. In my view, most of these guys are just charlatans trying to get their muddy hands all over your money.

If you want to do some in-depth research into these DFY Agency Businesses, then I highly recommend checking out the article I wrote below!

What is up with the DFY Agency Automation (Done For You) Business model? Is it Legit?

Now, I do believe in the ability to acquire money online, as well as various other forms of making money, but as mentioned before, I do not believe in passive income. I have lost this belief as a result of reviewing this business, and all of the other DFY businesses below!

There is simply no one in this world who will simply just give you money, you have to earn it, you have to take it for yourself, and that requires work! If there is any instance of passive income that I believe in, it would be through building your own source of passive income, but even if that isn’t entirely passive, you still have to work for it, and you still have to maintain it.

For the best way to earn a living online, click here!

Now then, onto the review!

The Premise of the product:
-Name: FBA Launch Secrets
-Owner: Craig
-Summary: Done For You Agency
-Opportunity Cost: $50,000 to $100,000
-Pros: Hard to find any pros
-Cons: Little to no evidence supporting Craig’s outrageous money-making claims, the most expensive DFY system I have reviewed so far, worst profit split margins I’ve found so far. The website is only 5 months old as of November 10th, 2022
-Our rating: Keep reading to find out

What is FBA Launch Secrets?

According to FBA Launch, most e-commerce and wholesale businesses buy products and bulk from china, and without even researching the products that they buy, they just hope that there is a demand for those products.

I think that this is an unrealistic statement/scenario, I would think that entrepreneurs would study and investigate their business model and plan out what they are doing, instead of just throwing money at things they have no idea will or will not sell, but in any case, I will say that building a successful E-commerce or Amazon FBA based business is very hard to achieve success in with all of the nooks and crannies you have to find to work your way around.

So then, what does FBA Launch do about this? They promise the same type of ordeal that all of the other DFY business models promise.

Instead of you doing all of the store setups, making all of the product barcodes, and basically anything at all that requires even a modicum of effort, FBA Launch will do everything for you, and all you have to do is pay them a one-time fee, and continually pay for your inventory, and you have to pay them a percentage of your store profits.

According to Craig, FBA Launch’s average ROI is 30%, and this typically means that the store that FBA Launch sets you up with will get on average about $120,000 per year.

Once your store hits the VC Firm, your profits compound and increase 3X, meaning then that your store will generate about $300,000 to $500,000

This is a bold statement from them, saying that they will operate your store for 5 years considering the fact that as of today, November 10th, 2022, their website has not even been active for 5 months.

This discovery brings forth doubt in my mind about just how experienced these guys are claiming to be.

In any case, FBA Launch also claims that they are above all of the competition, they have a higher ROI compared to every other DFY Agency out there(by a lot).

What exactly does FBA Launch do?

So what exactly is it that FBA Launch does? How is it possible for people like us investors to just make money on autopilot, but not only that but also make more money than any other investment opportunity?

Well, they have spent three and a half years creating the only AI-backed bot combined with machine learning technology and real-life e-commerce data.

That is what Craig says in his sales pitch, but they show no evidence whatsoever to support these claims.

How much does it cost to invest in FBA Launch?

Craig keeps mentioning the one-time fee for joining FBA Launch but never reveals what this is. If you go into the terms page found at the bottom of FBA Launch’s sales page, you will see that there are two options. A $50,000 investment that also allegedly comes with a 50/50 split on the profits for your store. $25,000 goes into inventory, the other $25,000 is for the setup fee.

Can anyone explain to me the difference between a $25,000 setup fee and a $50,000 setup fee? Isn’t the setup going to be the same ordeal? Wouldn’t it provide more value to instead keep the setup fee at $25,000 and instead just increase the inventory fee to $75,000 and just spread the investment out over time in order to test more products, see what works, as well as test seasonal buyers as holidays come up?

Out of all FBA Done For You Business Models that I have reviewed, this company offers the worst pricing structure out of all. Even Wealth Accelerators offers better pricing options than FBA Launch does, but they claim that they will get you better profits compared to any other company, while also maintaining a 50/50 split at worst, a 60/40 split at best, while companies like Elite Automation Group offer at the very least, a 70/30 profit split.

So the claim that these guys will make you more money than any other company with at best a 60/40 profit split is a pretty wild claim.

But if we are being completely open and honest, I’d say 90% of these done-for-you business models will actually take away your money.

Do I recommend FBA Launch Secrets?

So, do I recommend that you invest with FBA Launch Secrets? The answer to that question is going to be a hard no!

The reason is that they do absolutely nothing to give you any proof that these guys have what it takes to run a successful business. You go into their funnel, and all they do is make claims as to how much money they make. Now, I don’t compare Elite Automation Group to FBA Launch to illustrate that Elite Automation Group is a legit service or any means of that, but at least these guys go out of their way to show you their warehouse, and their employees working hard, as well as their delivery trucks, they show you how their system works.

With FBA Launch, they don’t even show you what their workplace looks like, they have Craig do some talking, and they throw up a screen of text, and that’s all you get. They aren’t very good at instilling faith into you.

FBA Launch Secrets gets a…

While it may seem disappointing that there is truly low potential in this Done For You Business Model, it is possible to make money online, it is just going to require some time and dedication on your part. If you want to know how I make money online,  you may be interested in checking out this post.

Now, to end this review, I would like to ask you if there is any other sort of company or opportunity that you have been looking into. My goal with Safe Money Makers is to be the biggest dictionary of money-making opportunities in the world, so if there is some other company out there that you’ve been looking into but are not sure about, please either send a message my way at itsdavidnelson93@gmail.com, or leave a comment below, and I will research and help you discover if the opportunity is a good deal or a time waster.

I do hope that this review has helped you with your FBA Launch Secrets questions, and do keep making your money in a safe manner. 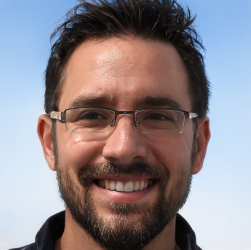